Float at End of Parade 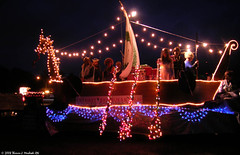 Float at End of Parade
Originally uploaded by Mad Shutter-bug

Follow the link to the Flickr; this one is kind of in the middle, I put up several shots of the float arriving at the staging area, setup, and then in the parade.